The Executive Search business, which has remained unchanged for the past 70 years, will never be the same. Ward Howell Partner Boris Rokhin discusses how the challenges facing company leaders have transformed and how this transformation impacts the Executive Search market in the article below.

The ultra-conservative Executive Search business, which has remained unchanged for the past 70 years and during that time has experienced extremely enticing profitability, will never be the same. The revolutionary deal stemmed from changes in what businesses demand, changes that evolved over the last 10 years –in the blink of an eye, by Western standards.

Several important changes occurred during this time. Firstly, businesses understood that the success of General Motors does not guarantee the success of Ford Motor Company – in fact, quite the opposite. That is, a model that, in one company, helps achieve substantial results, could be completely ineffective in another. Secondly, in the last 10 years, the average term of a CEO, whose work was considered effective, declined significantly. The primary reason for this is the increase in competition and uncertainty. Thirdly, middle managers these days rarely stay at one company for as long. They are impatient, looking for variety, and believe that building a career within one organization will happen more slowly than by changing jobs.

What does this mean for a company? Firstly, the only reliable source of stability for a business is growing internal reserves. Secondly, movement up the career ladder should be accelerated so that it is proportional to the rate of change of CEO. Thirdly, retaining people becomes harder and harder. This has forced many companies to review their strategies and start to look for and develop a significant amount of excess talent. For example, about 200 people go through General Electric’s training program for future leaders every year – but at the end of two years, only 2% finish. This is further confirmed by the fact that search budgets today are 5-10% of development budgets.

The Executive Search industry’s prospects for development have been clearly elucidated by Korn/Ferry CEO Gary Burnison: “There’s an analogy between an executive recruiting firm and a hospital emergency room… In recruiting we get a call because a CEO dies, or a CFO suddenly needs to be replaced… In medicine, big businesses are built around wellness and prevention.”

Gary Burnison was not actually a recruiter, but an investment banker – the industry’s first – and in 2007 started to make small, untraditional acquisitions, thus expanding the company’s product profile. Since then the company’s value has doubled, leaving its competitors in the dust. Regardless, acquiring an asset, the cost of which comprises 42% of your revenues, is a truly significant step.

Strangely enough, in this industry Russia is not an outsider in the global revolution. As Korn/Ferry expanded its portfolio of products, Ward Howell – knowing nothing about this globally important step – almost simultaneously took a chance on auditing and developing its clients’ key managers, on analyzing and adapting their corporate cultures, on increasing the effectiveness of boards of directors and family offices. Having inherited 60 years of expertise in Executive Search and, at that moment, having 14 years of experience in its application in Russia, Ward Howell understood that learning to do something new would have been next to impossible. Therefore, the only means of acquiring this know-how was through M&A. So, in 2007, part of Ward Howell became a boutique, specializing in the development of executive leaders and teams, relying on the support of the INSEAD international business school. After this, professionals and consultants from companies that developed compensation models and performed executive evaluations joined the Ward Howell team.

Ward Howell took another seven years to develop and prepare to roll out a batch of new products oriented toward evaluating and developing leaders within an organization. This meant working with a limited number of customers and not disclosing its chosen strategy on the open market. We learned methodically and didn’t rush ourselves. It wasn’t until 2015 that we could confidently say “Now we can offer these products to a wider range of customers without risking lower quality.”

In the years we were developing technologies, we created dozens of projects and discussed them with clients at various levels. Our main conclusion is that trends in Russia are no different than those around the world. That more and more shareholders believe that people are the sole source of long-term competitive advantage. That you need to work with them, investing millions of dollars into human capital. That this takes years, and that if one didn’t succeed, then they started too late. And that there simply are no other options. 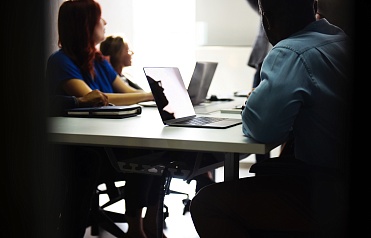 "The Current Tension Level Is Very Similar to That of 1998" — Sergey Vorobiev, President of Ward Howell

The difference, according to Sergey Vorobiev, founder of the consulting company Ward Howell, ...