Cases of Succession: An Unfinished Attempt

The second interview on succession in Russian business is the story of an unsuccessful attempt to appoint an external top manager, who encountered both resistance from owners and a passive board of directors.

TEI: Sergey, when you first heard about this position and company, what attracted you to them?

Sergey: The company was seriously lagging behind in the best industry practices, and was experiencing significant problems with business performance. In addition, at that moment, the entire industry was in a state of crisis, and it was understood that only those who were able to change would survive it. This ambitious task – developing a new strategy and improving operational efficiency – was what attracted my attention.

TEI: How were you hired?

Sergey: The most difficult part of this stage was that not all shareholders were ready for a radical transformation of the business, which would have followed after the appointment of a new CEO. Several of the shareholders were well situated with the existing state of affairs, and were receiving dividends. They had already long emotionally distanced themselves from the business, from its concerns and interests. The initiative ultimately came from the CEO himself, who was ready for a change, but didn't want to manage the transformation process himself. I think that in the process of negotiations, one of my tasks was to prove to the shareholders that change was necessary.

The shareholders made a good impression – intelligent people, ready to hear someone else’s point of view. They asked me to think about the future strategy of the company, and I suggested the idea of getting rid of the service component – specifically there, in my opinion, could the company recover additional efficiency and competitive advantage.

TEI: What was the process like, after you had accepted the offer?

Sergey: For the shareholders to bring in an unknown person from the market was a very serious decision, for that reason we developed a process that allowed everyone to feel comfortable. It was decided that at the beginning I would start as the COO (Chief Operations Officer), under the CEO. We wrote up a 180-day action plan with specific goals and objectives. Over the course of the trial period, separate blocks of responsibility would be transferred to the COO, with finance and commerce transferred last. We clearly articulated all terms and conditions for the trial period, to protect both my interests and the shareholders' interests.

TEI: What happened after that?

Sergey: Together with the company, as a strategic advisor we developed a detailed strategy of development, which required drastic changes on all levels. Naturally, the shareholders were involved in the process of developing a strategy – we formed hypotheses and assumptions together. At the end, when the strategy was ready for implementation, the shareholders decided to postpone final confirmation for three months: the fear of dramatic change outweighed the fear of losing the business. Five months after I took office, I took the strategy to the board of directors, making it clear that if it was not adopted, I would leave the company, which I eventually did.

«Weak relationships, secrecy, an opaque decision-making process – these are all real problems that can be solved by the institutionalization of corporate governance, the creation of mechanisms of indirect control for shareholders»

TEI: Why do you think you weren't able to become CEO?

Sergey: I think both sides overestimated themselves – the owners overestimated their willingness to change, and I, in turn, overestimated my ability to exist in that kind of structure. Before bringing in a CEO from outside, it was necessary to change the system of corporate governance. The company had a Board of directors with independent members; it was a completely passive body. Weak relationships, secrecy, an opaque decision-making process – these are all real problems that can be solved by the institutionalization of corporate governance, the creation of mechanisms of indirect control for shareholders. It's easier to manage a business, with one owner or 100 owners, when you answer to one person or no one. The interaction between several shareholders and management should always be managed within an orderly structure of corporate governance.

«The process of succession should be long and evident»

It's possible, that part of the problem arose from the fact that I was a new person in the company. For middle management, the fact that I hadn't worked in the industry was a big deal to them – they saw themselves as a special caste that couldn't be entered from the side. But we managed to resolve that problem fairly quickly. It was harder to gain the confidence of the owners. For them to be comfortable, the entire succession process needed to happen right before their eyes: that the owners and the board of directors should see how a manager grows and develops in the company, that the process of succession should belong and evident.

Mistakes were made from my side as well – at that moment I was not ready to conform to the wishes of the shareholders. As I saw it, without urgent and decisive action, the company would not survive the existing industry crisis. Perhaps it was idealistic to think that civilized market mechanisms could function in that environment, but sometimes idealism is necessary to pull a company out of its primitive state.

TEI: What lessons did you learn about succession planning from this experience? Do you no longer believe that the model of COO subsequently transitioning to CEO is justifiable? Doesn’t academic literature assert that it is one of the least successful forms of transition?

Sergey: I don't think that the problem lies specifically in the form – it is logical enough and comfortable for both owners and new COO/CEOs. The problem lies in the people and their mutual understanding. An external candidate is always a big risk for owners; a CEO needs a year, at minimum, to get used to a company and gain confidence – only then can he begin to demonstrate results. On the other hand, no one improves efficiency better than the external candidate. He sees what internal managers don't see, he takes a fresh look at everything. In this sense the external candidate doesn't necessarily need to have experience in the industry, since his new reality is ruled by common control algorithms, and not specific industry knowledge.

This article was published a part of the seventh issue of Talent Equity Newsletter "Succession in Russian Business". 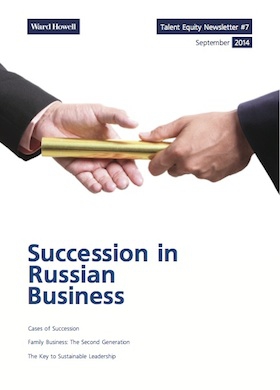 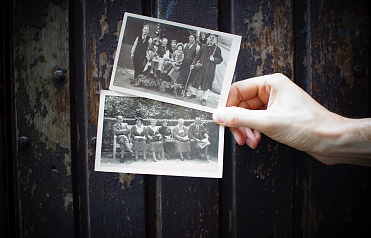 One of the unexpected findings that emerged from the research on succession in Russian business... 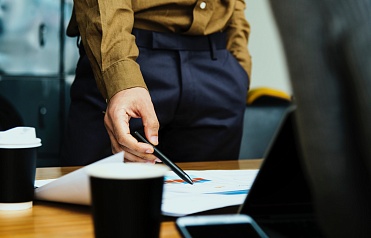 Cases of Succession: Story About an Outsider

In our study of succession in Russian business, we asked several professionals who had gone thr... 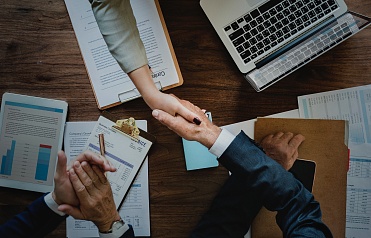 On the Russian market, the rate of CEO turnover significantly exceeds that of Western countries...