Mr. Sedikh graduated from St. Petersburg State University with a degree in biophysics. He has had his own practice in business consulting and training since 1992, and has been a coach and psychotherapist since 1999. Mr. Sedikh was in charge of several large companies' HR services from 1993 to 1999. He specializes in coaching business owners and executives.

TEI: What goals do your clients have when they look to work with you?

Roman Sedikh: I spend half my time working on my clients' business goals and the other half on their personal goals. They are often in separable from each other, especially in Russia. The environment we live in has always been much more aggressive, and our businessmen and managers have taken a psychological beating during their careers. When someone changes his social status, he is forced to break his psyche, revamp himself completely, and get rid of old habits, preferences and even friends, which are all very difficult to do. Billionaires became who they are by having to rearrange their lives dozens of times throughout their career.

TEI: How can coaching be utilized to achieve business goals?

Roman Sedikh: Coaching can be used, for example, to help someone prepare for negotiations on mergers and acquisitions, something I help my clients with a lot. You need to talk through the other side's position, arguments, strengths and weaknesses. So why is it that a coach is better able than a consultant to help his client obtain their goals, you ask? First, consultants are not suited for a number of areas, such as negotiations. They can give a business analysis, but coaches are much more adept at adjusting one's mindset, sharpening one's negotiation skills and going through negotiation scenarios. Second, business owners often have personal difficulties that hinder their ability to attain business goals, but a consultant would be unable to identify those. For example, one of my client's ability to negotiate was severely complicated by the way he would react — something he picked up during his childhood. He grew up as an intelligent young boy in a pretty tough teenage environment.

«The personal factor is the main issue when bringing in a new strategy. This is more crucial than taking care of organizational or financial issues»

Every so often I have had to do individual and group coaching, plus concoct a management team when strategic changes are under way. This is a time when this team encounters an avalanche of work: a new strategy is brought into play, the business plan and organizational structure change, business processes and areas of responsibility get readjusted. Some are better prepared than others, plus a wave of personal difficulties and fears arise. So, taking a team through these fluctuations is something I can help with. I have led some projects on helping implement large changes to a company and because of that I don't really understand how this process can be done without a coach, because the personal factor is the main issue when bringing in a new strategy. This is more crucial than taking care of organizational or financial issues. Company executives and clients have told me things they could not have told anyone else. And in the end we usually get a unique moderation: some tough issues are solved with my help. By talking to both sides about dividing up responsibility and zones of influence, we end up with proposals that are implemented naturally. Both sides were unable to come to an agreement by themselves, because ingrained, hidden conflicts were exacerbated by yet one more test – implementing the strategy.

TEI: How can a coach help his clients attain their personal goals?

Roman Sedikh: This type of coaching is called life coaching. It is vital because a person who seems extremely successful from a far can lose grasp of his job's meaning. Many Russian elite have made a hefty amount of money, and it would seem are able to do whatever they desire. But there comes a point in time when what usually makes you happy, be it a second yacht or third country home, has lost its luster. This is when it is harder and harder to find an answer to the question: Why do I need all of this anyway? This is where a person has to turn off that inner voice that is driving you up the wall with questions such as “Why am I doing this?” and “Just what am I doing right now, exactly?” In order to distract himself, this person starts racing around without any idea of where he is going or why. This is an unhealthy phenomenon, especially when fifteen to twenty thousand other employees in the company are running after him, believing that the leader knows where to run, while the leader is running just to get away from his depressing thoughts. A coach is needed to help find meaning, which is something that he does not fail to do.

TEI: How distinctly can one set personal and business coaching apart?

Roman Sedikh: Sometimes it can be done, and sometimes not. The more difficult the business goal is, the more objectively intricate it usually is. Therefore, a personal adjustment and difficult inner decision are undertaken when tackling business goals. For example, I have a project now with a company that has hit difficult times and has declared a debt-service default. I am personally working with several of the company’s executives. What you get in addition to business problems are personal ones: one executive can not take a hit very well. This has to do with issues pertaining to his childhood. These are things that have to be worked out, because otherwise you can not prepare this person for tricky negotiations.

«People believe that the leader knows where to run, while the leader is running just to get away from depressing thoughts»

Here is another example. An executive director became a general director because bigger shareholders left the current business and he had some issues dealing with this role and understanding his own responsibilities. He and I worked through his self-confidence together as a general director (he generally is a self-confident man, but that was because he had worked in a different position for many years). At the same time we mapped out his duties as general director: what he needs to do and in what order, how to reposition himself within the company, how to change his position with the shareholders that left the company, etc.

TEI: How willing are your clients to go into personal questions when tackling their business goals?

Roman Sedikh: I have never had a client say to me: “I’m going to remain unhappy, tired and whiney while we talk about how to negotiate correctly under tough conditions. ”This is because people deep down inside realize that business is a means for living well, feeling good and at the end of the day, being happy. If you have an unhappy entrepreneur with a huge business, then this disparity needs to be fixed quickly.

TEI: What tools do you use in your job?

Roman Sedikh: There are many tools out there, but a coach's main one is himself. The first main quality is being prepared and having the desire to help. The second is having respect for one's client. But the main thing is having personal maturity and wisdom, which means being tolerant and fully accepted by your client. This kind of maturity gains trust. We all are familiar with this: when we visit an elderly, cheerful doctor, you just want to tell him about everything that hurts, while when you visit a young and established one, you don't want to complain, rather you want to argue. A coach should create a one on-one atmosphere that makes it natural for the client to share what he treasures most. Knowing the techniques, tricks, models and coaching formats involved is very useful, although I believe that its meaning is overrated. Having knowledge of these things is important, but this is because mastering these coaching formats primarily changes the coach himself by making him more mature, wise and effective. Then he or she will use these techniques and models in a combined and varied manner when working with a client in a relaxed atmosphere.

TEI: What can prove to be a hurdle for a coach's effectiveness?

Roman Sedikh: First and foremost, the client's lack of discipline and time. Coaching has to be carried out as a habitual process — only then is it effective. This is because even the latest and quickest models often do not work the first or second time around. You need to immerse yourself in the work and become one with it. If a client is constantly being called, distracted by others or is day dreaming about something else while you are trying to coach him, then of course this is a hurdle, and this must be dealt with separately. This is the effect of the condition I mentioned already: when a person does not control his life, rather his life controls him. He does what he does not want to do, and does not do what he wants to do.

TEI: Which qualities do you believe should be intrinsic in a coach?

Roman Sedikh: As I already mentioned, you need to bevery respectful of your client, show that you want to help him and have your inner resource. I call this resource maturity, but it is also called having a good inner balance. It's hard to explain this in words, but if a coach does not like his clients and people in general, then just want kind of coach is he? Even in an environment where people are not very well liked, there still should be a level of good grace. If a coach does not have a good sense for his client and is unwilling to create a kind of unity with him, or rapport, then there will not be any trust or progress. A coach's energy level has to be even with the client's. Executives are very energetic (it can be different levels of energy: like a volcano, or calm but big like an ocean, but this altogether is a topic for a different discussion). If someone is unhappy, then they cannot be a coach. 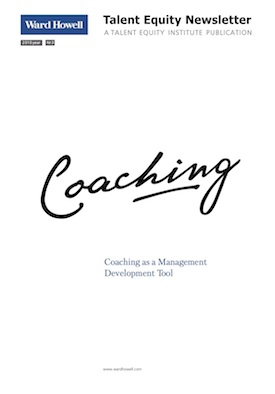 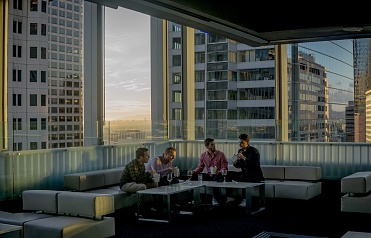 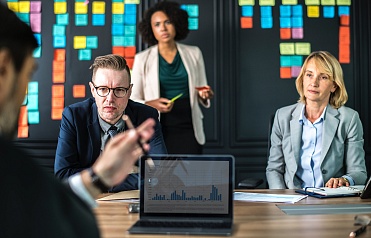 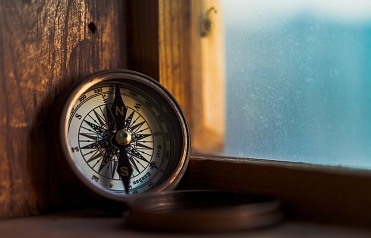 Just What is Coaching?

The article is dedicated to coaching overall, to its peculiarities within Russian business, and...