We spoke with Artem Polyakov, general director of NefteTransService, about some of the study results, the current situation on the market, and the challenges facing managers of Russian companies

Earlier, from 2007 to 2011, he was the general director of Rusagro’s sugar division. From 1999 to 2007 he worked for the French company Lafarge, a world leader in construction materials manufacturing, first as the director of strategy and business development for CIS countries, and then as executive director for the Russian and Ukrainian company offices. From 1994 to 1997 he worked for Karelsky Okatysh, first as a financial accountant, and as general director starting in 1996.

TEI: Artem, we surveyed many of the largest manufacturing companies and were surprised to find that many of them were far more optimistic than they were in 2009, believing that the company’s position is quite strong. Is this optimism justified?

Artem Polyakov: It’s important to understand that we are stronger thanks to currency depreciation. I just returned from Ukraine, where the hryvnia depreciation has significantly increased the earnings of the steel industry. Russian export companies have benefitted more than they could have, I don’t doubt that. But there is an objective decrease in expenditures that occurred in parallel with the fall of the ruble.

During the 2009 crisis I worked for Rusagro, producing the cheapest antidepressant in the world – sugar. Due to the nature of the industry, the crisis did not hit us as hard – the form of consumption changed, but volumes didn’t drop. The situation in 2012 was much more difficult, when I had just moved into metallurgy: amid stable demand, the hryvnia began to fall. We experienced what we call a price-cost squeeze (a narrowing of the gap between costs and prices). In 2014, it got even stronger: costs fell and prices fell even quicker, but depreciation managed to save us and, as a result, our earnings were higher in 2014 than in 2012.

Without question, if you were expecting the worst, then the current situation doesn’t seem so bad. This is also a particularity of our consciousness – being a pessimist all of the time is exhausting. Our main task is to improve production efficiency. The situation is serious enough, and we should understand that we are running a marathon, not a sprint. The body and mind acts differently in a crisis – in a constant state of anxiety. In evolutionary terms, the strongest are those who can change more quickly than the others.

«In a crisis, the speed at which one makes decisions should increase; it’s a necessary element for increasing operational efficiency. To do that the structure has to simplify, layers that hold back the acceptance and implementation of decisions have to be eliminated»

TEI: How should the competencies of a leader change in these situations?

Artem Polyakov: Unless I'm mistaken, Stanislav Shekshnia wrote in his book that, in principle, leadership in a crisis is no different, it’s just that all of management’s mistakes become immediately visible, they can’t be covered up by economic growth.

What’s particularly crucial now is the problem of decision-making. In a crisis, the speed at which one makes decisions should increase; it’s a necessary element for increasing operational efficiency. To do that the structure has to simplify, layers that hold back the acceptance and implementation of decisions have to be eliminated.

It is also important that managers understand how a general director makes decisions, so that they can begin to model his logic and make decisions in accordance.

Now, many managers have left their companies, and in their place we’ve promoted internal candidates – those who earlier were not making decisions, but have deep subject-matter expertise: now they have the ability to do it themselves. Every day I control where we are headed with this creative process, closely watching all of the numeric indicators. Delegation and control help develop creativity and guide it in the right direction. We have the right to make mistakes, but not all mistakes are equal – we have the right to a one-time, non-repetitive mistake.

TEI: According to our research on succession, during a crisis companies rarely look to internal resources, instead preferring to recruit professionals from the outside; therefore, your story is sufficiently atypical.

Artem Polyakov: That's possible. We behaved similarly in 2009, when I worked for Rusagro: we gave internal candidates a chance. There were positions that couldn’t be filled internally, and for those we had to turn to the market. But, in my opinion, the promotion of internal candidates is always preferable, and also cheaper.

TEI: Have you changed your strategic planning horizon?

Artem Polyakov: At ArcelorMittal’s strategic sessions the founder of the company, Lakshmi Mittal, when speaking about emerging markets, said “Why are you talking to me about what’s going to happen in five years, it’s better to talk about what will happen next year.” This approach to strategic planning differs from that of developed markets: the 2-3 year horizon is more important, it’s what is necessary to make informed investment decisions. Cash flow should be healthy in the next 2-3 years, you can’t just hope that things will get better in 5 or 10 years.

Strategy is formulating your thoughts about the future in today’s moment. And in the constantly changing environment, strategy must adapt to reality. Look at strategy and try to think creatively about it every month.

TEI: What is the most significant management challenge for you at the moment?

Artem Polyakov: Our business should become as customer-oriented as possible. For example, when I just started at ArcelorMittal Kryvyi Rih, I would visit the offices of clients who were interested in our products but, for some reason or another, never bought them. In searching for reasons through honest conversations with clients, I sometimes learned far more about my company than I learned from speaking with subordinates; I learned about mistakes and inefficient procedures that I could never have predicted.

A general director should understand how many levels of management there really are in a company and, consequently, where the barriers to sharing information are. Effective communication means that information must be passed along clearly. To know a client and create a conducive environment for communicating his needs is how to truly “love your customer,” and improvements in this arena bring results pretty quickly. However, it’s important to note that sharing information should be a formalized process in any company; it’s a system that should work independently, not just manually.

The transportation industry is new for me, and therefore another challenge is to sort through the industry specificities. I realize that in order to do that, I need to rely on knowledgeable people. A general director’s talent lies in appointing and trusting these people. I don’t know how to write out and formulate that process. My primary task is to create good conditions for my managers. To stand by them in difficult times. One of my company’s shareholders frequently asked me how he could help me. I share this approach, giving my employees KPI targets and asking them how I can help them reach those goals.

«A general director’s talent lies in appointing and trusting these people. I don’t know how to write out and formulate that process. My primary task is to create good conditions for my managers. To stand by them in difficult times»

TEI: By the way, have the KPIs changed during the crisis?

Artem Polyakov: Yes, we’re currently changing our KPI system, in the current situation it’s important set motivations every year. Where it’s possible and appropriate, we turn to individual KPIs, are trying to change the system and individualize it. Simultaneously redistributing responsibility. The work has become more intense and interesting, one could say.

TEI: In the current situation, are owners more actively entering in to operational management? Have they become intolerant to mistakes?

Artem Polyakov: This usually happens in a crisis – an owner becomes more deeply involved in a business. No one worries more about a business than its owner. He is entitled to everything, but how you work with him is important. Sometimes appointed general directors conceal their ambition and unwillingness to share power when discussing the separation of powers; even though, at the same time, this is a great concept that only works occasionally, it isn’t a hard line that can’t be crossed.

Concerning the second question, for an owner, of course, the financial results of the business are the most important. This is a necessary condition, but it is not enough; there is also the emotional component. The human relationship cannot be replaced by economic indicators, and a good working relationship between an owner and a general director is very important. But there can’t be any relationship without results.

This article was published in the special edition of the Talent Equity Newsletter, "Manufacturing. Is there a crisis?". 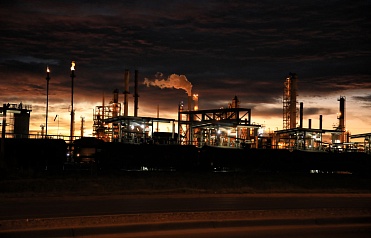 The View of a Banker

We asked a director of a manufacturing department at a leading Russian commercial bank to, unde...