Who controls Russia: results of research among leaders of 160 of the country’s biggest companies over the last 10 years.

Igor Moskalenko, the general director of Kuzbassrazrezugol, is 50 years old. He began his career as a mechanic at the Shadrinsky Auto-Aggregate Plant, later received higher technical education, and became the director of marketing and sales. In 1999 the plant was purchased by UMMC Holding, which was growing quickly and dispatched talented managers to develop new assets – Moskalenko was named general director of the newly-acquired plant Electrotsink. After five years he was transferred to another enterprise in the group, and in 2010 took charge of the key extraction assets of UMMC Kuzbassrazrezugol.

Bo Andersson is also the general director of a leading Russian company. He is 58 years old, born in Sweden, graduated from a military academy, left military service as a major, and began his corporate career in the automobile industry. Andersson worked at General Motors for 16 years, becoming vice-president. In 2009, he accepted an offer from the Russian group GAZ to lead the business. After four years, AvtoVAZ offered Bo Andersson the position of general director.

In terms of age, education, history, and social capital (network of contacts), Moskalenko is very similar to the portrait of the average CEO of a Russian company, based on the results of Ward Howell’s research among leaders of 160 leading Russian companies. Bo Andersson, on the other hand, is the most atypical CEO: he is a foreigner with an MBA, and is already heading up his second major Russian company, whose shareholders aren’t associated with the first.

The research was conducted between 2003 and 2013, and created the opportunity to know who manages Russian business, for how long, and how effectively. 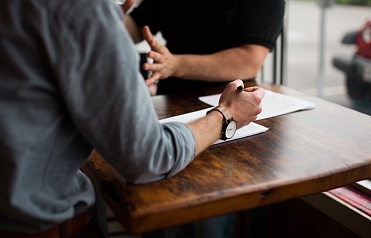